A recently released poll shows that Oregonians don’t see the issue of high prescription drug prices as solved, despite the passage of House Bill 4005, the Prescription Drug Pricing Transparency Act, in February 2018.

Results from the poll are clear: Oregonians know that the pharmaceutical industry is to blame for outrageously high prescription drug prices. 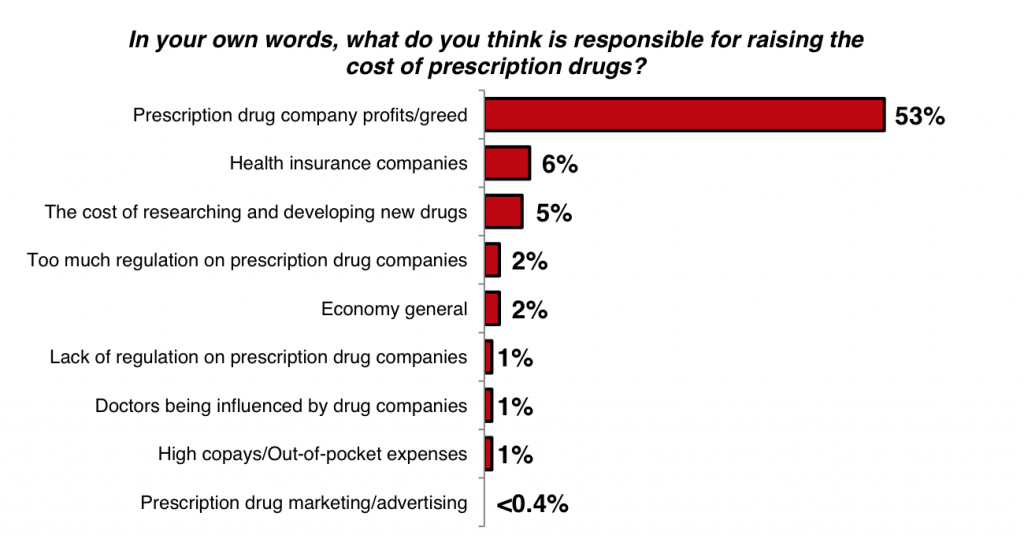 Oregon voters are strident in their desire for lawmakers to take immediate action to lower prescription drug prices.

Large shares of voters of all backgrounds and beliefs favor immediate action by lawmakers. 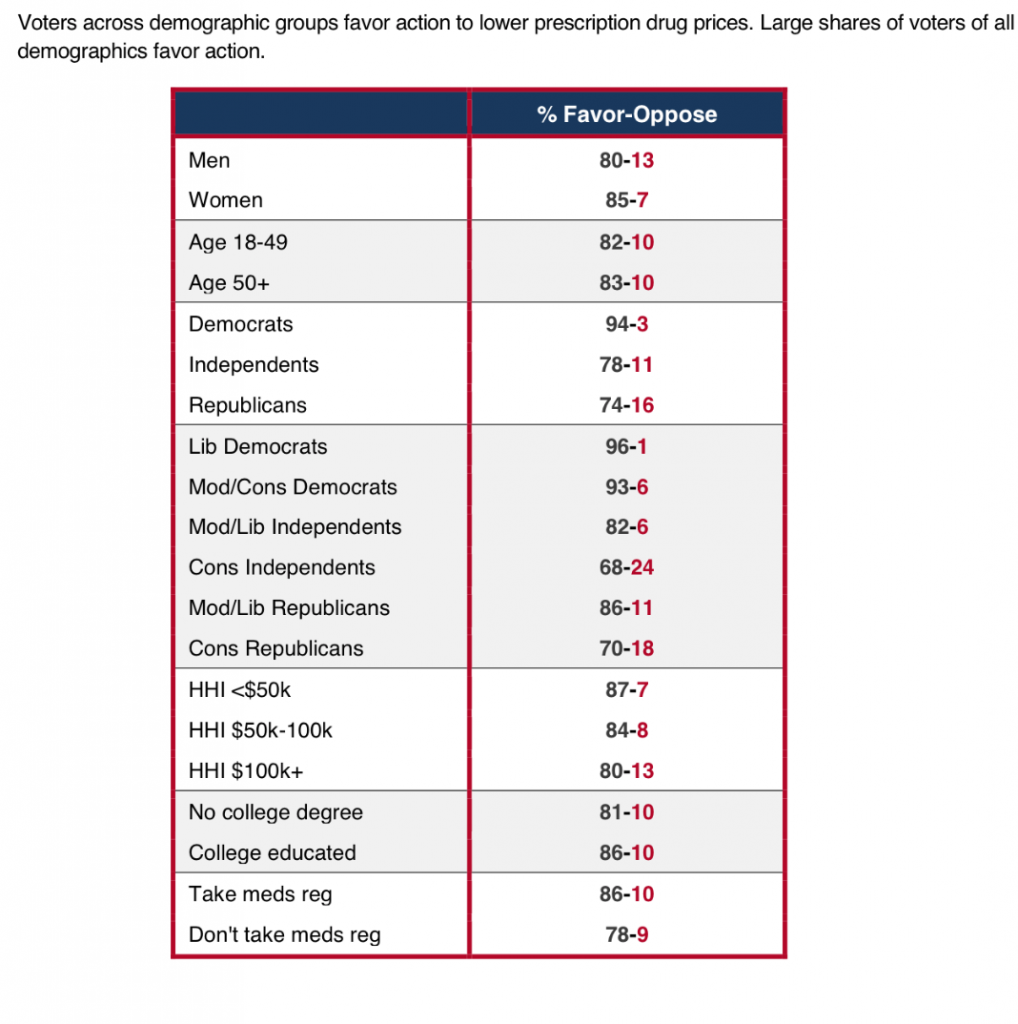 70% of voters are in favor of importation of lower-cost, same quality prescriptions from Canada. 50% are “strongly in favor.”

A live telephone survey of 500 registered voters was conducted statewide in Oregon. Interviews were conducted August 7-13, 2018. Each survey was conducted by live professional interviewers, using a combination of landline and mobile phones to ensure greater coverage of the population sampled. The margin of error for a survey of 500 interviews is ±4.4% at the 95% confidence interval. The margin of error for other subsamples may be higher.

Other sources of error not accounted for by the stated statistical margin of error include, but are not limited to, question wording, question order, coverage bias, and response bias.