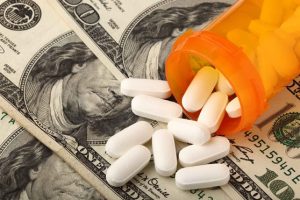 HB 4005, passed in 2018 with bipartisan supermajority support, requires pharmaceutical manufacturers to report prescription drug price increases over 10% to Oregon’s Department of Consumer and Business Services. HB 2658, which requires at least 60-days advance notice of prescription drug price increases over a certain threshold, was passed with similar bipartisan support during the 2019 Legislative Session. Since in effect, both bills have successfully highlighted egregious price-gouging by the pharmaceutical industry.

“It’s no surprise that PhRMA has filed a lawsuit in Oregon,” Numi Lee Griffith, OSPIRG Health Care Advocate and OCAP Coalition Member says. “They tried a similar tactic in California after the Legislature there passed a transparency law. It’s a desperate attempt to keep their price-gouging practices going with no rules and regulation — practices that are costing Oregonians their savings, their homes, and even their lives.”

PhRMA’s lawsuit in California was initially dismissed, and California has continued to see scheduled price increases delayed and even cancelled as a result of their 60-day advance notice drug pricing transparency law.

The news of PhRMA’s lawsuit in Oregon comes just weeks after an expose published by the Oregonian in which former pharmaceutical industry executives confirmed that drug manufacturers are raising prices purely for profit. Oregon’s Department of Business and Consumer Services (DCBS) also held a public hearing on November 19th for Oregonians who have experienced price-gouging on life-saving medications. Early data collected under HB 4005 by DCBS was highlighted during the hearing and confirmed what Oregonians shared: U.S. consumers are paying an average of 5 times more than the highest prices paid in other countries.

This is not news to Oregonians like Myra Haq, a 31-year-old living with Crohn’s disease in Oregon. Myra testified at the DCBS hearing on November 19th that her medical costs exceeded $300,000 before insurance when she took Humira injections, a common treatment for Crohn’s disease. According to DCBS data collected under HB 4005, Humira is the number one most expensive drug in Oregon, and the medication contributing most to skyrocketing premiums.

“I can only imagine that PhRMA has enough money for lawsuits like this because of the outrageous prices they’re charging everyday people like me,” says Haq. “Oregon lawmakers need to keep fighting back. Too many people, myself included, are making impossible choices like ‘should I pay my rent’ or’ should I pay for these medications I need in order to move my lips, eat food, and bend my arms.’ I shouldn’t have to live like this. There shouldn’t be a price impossible to afford on medications I need to stay alive and have a quality of life worth living.”

Because of stories like Myra’s, OCAP is urging lawmakers to pass importation of lower-cost, same-quality prescriptions from Canada in the 2020 Legislative Session.

“Requiring drug companies to be transparent and give advance notice of price increases was a great first step,” says OCAP Board President, John Mullin. “We’re seeing the results now. Drug companies are so opposed to common sense transparency, that they are filing frivolous lawsuits. Oregon lawmakers must continue to make real change for Oregonians, and importation of affordable prescriptions from Canada is the next step.”