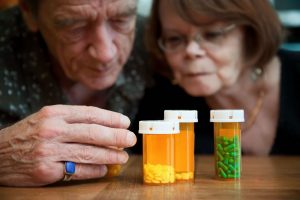 SALEM- After passage by bipartisan supermajorities in the Oregon House and Senate, HB 4005 was signed by Governor Brown today.

Over the past two years many states have passed similar transparency legislation as patients face unmanageable price increases while pharmaceutical industry profit margins grow faster than other industries. (https://www.gao.gov/assets/690/688470.pdf)

“Oregonians pay more for medications than patients in any other industrialized nation. States are taking action to get at the root of skyrocketing drug prices,” said Gov. Brown. “When drug companies want double digit price increases on life-saving medications, they will now be required to explain why. This is an essential first step toward crafting reasonable state-based solutions to reducing prescription drug prices.”

As part of the reporting requirements, manufacturers must report to the Oregon Department of Consumer and Business Services the research and development costs, advertising and marketing costs, profits for the drug and whether generic drug alternatives are available, as well as what the drug costs in other countries for any drug with price increases of 10% or more. The also bill requires the State Department of Consumer and Business Services to publicly post a list of the drugs that have had high price increases, hold annual public meetings about prescription drug prices, and make recommendations to the state legislature about further actions to lower prescription drug prices.

In addition, HB 4005 requires insurance companies to report the 25 most expensive prescription drugs in their plans, which ones have increased the most, and how those costs affect premiums.

As HB 4005’s transparency provisions for manufacturers are being implemented, the bill also establishes a task force with members appointed by the Governor and Legislature to look at what additional transparency measures will help shine the light on high drug prices from other parts of the pharmaceutical distribution chain.

“Too many people in our community are making hard choices between paying for medications or food and rent,” says Nancy Plemons of Vida, a patient who testified in support of the bill. “Patients like me so appreciate the support of Governor Brown and lawmakers from both sides of the aisle who worked so hard to get this bill passed for Oregonians who are grappling with the ever increasing price of prescription drugs.”